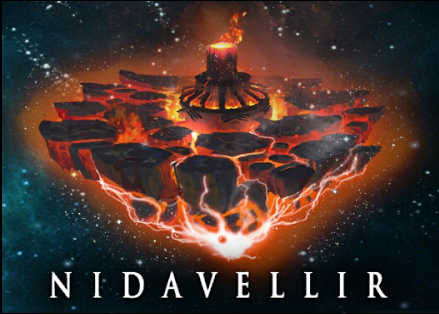 This level is inspired by the latest Marvel Avengers movie. Nidavellir is a planet where Thor went for his axe to kill Thanos. Therefore the level uses avengers music file to fit the theme.

The level is medium sized and it is up to judges to decide if it is 3v3 only or not. There are 3 main lanes from left to right base and the middle lane has 2 ways – above and under the carrot. 4 floors in total.

There are 4 scripts in this level:
1) Full NRG Carrot can be shot and will fall straight to the bottom of the level
2) +1 Carrots can not be shot
3) Electro blaster lifetime is 1.25 times longer
4) Toaster +15 and Bouncer +15 ammo crates are replaced with +30 ammo piles
(special thanks to SE, PJ, Smoke and JJ.net for helping with scripts)

Gameplay – the level was designed not to be campy. You have where to hide but you can’t camp much in the level because every camp spot can be countered. A lot of places are useful for fireball gun and the carrot area is pretty complex. You can camp the carrot from sides and shoot electro blaster that will reach the other wall (that is why I needed the electro blaster script). You can shoot the carrot down and defend it with toaster (that is why I needed the Full NRG script). Or you can wait on the bridge, but you can be attacked from the bottom with seekers under the bridge. Depending on the situation there is always a way out if played smart.
Bases can be attacked/defended on different ways Top, middle and bottom (sucker tube).
I designed the level and tried to make it balanced as much as possible.

*if you host the level, don’t use /mutators guide on because the ammo pile script won’t work. Here is the guide instead: 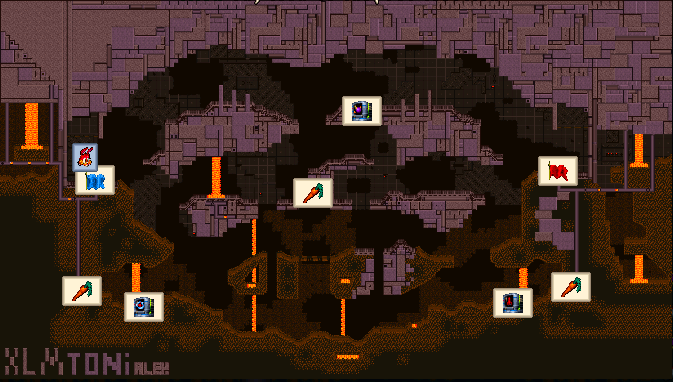 Edit: Fixed the filename of the script library file because of Camel Duels server issues.

Nice level, although I think a touch too big for purpose, and I think the pickup placement could have been ever so slightly more intuitive!

I think if the top layer was removed this would actually serve as a pretty good 3v3 level. Nonetheless, I look forward to seeing this in a JDC event.

This map seems more suitable for 3v3 than 2v2, due to the high vertical height where there’s a lot of space to hide. The layout is based on different horizontal levels with platforms where you can usually reach a higher level using the springs.

Bases can be reached from the top, middle or bottom (a tube containing a +1 carrot). The base can be camped by hanging on the vines above it. Due to the choice of power-ups in the map the bases are not too campy, though. The most useful ammo for camping the area, seekers (on base) and bouncers (from the vines), both come without a power-up. There are pepper and rf power-ups in the bottom corners, and toaster at the top instead. Pepper and rf are especially useful in the open area at the top. While it may seem counterintuitive at first to position rf and pepper/fireball symmetrically to each other, as rf is generally stronger, fireball can be really useful for blocking the way from bases at the top, as there’s a position where fireball covers the whole width of the area.

The full NRG carrot can be shot down through a bridge thanks to a script. It can be shot down either directly or through the walls around it, for which there are electro blaster pickups near the walls. The walls are quite fast to reach from the bases. Any player could die, get some electro blaster pickups and shoot the carrot down within three seconds. Gameplay here would therefore revolve around controlling when exactly the carrot spawns, and/or always having a player around to check if the carrot is up or down.

The eyecandy makes use of the good variety Lava Fortress has to offer, from wall columns and industrial background layers, to lava waterfalls, natural or flowing from pipes, or having pipes underneath them to collect the lava! The waterfall at 48,83 seems to be coming from behind a wall, but its origin is somehow missing from the background at the top. The rest all looks quite logical (and fireball pu in a pool of lava, how cool is that!) The vines are a bit difficult to notice due to their color in the tileset, but luckily they are only used at quite an obvious place above the bases.

Recommended level for 3v3, should be played with /fireball on. A non-campy map without many overpowered power-ups, and a very interesting carrot area.