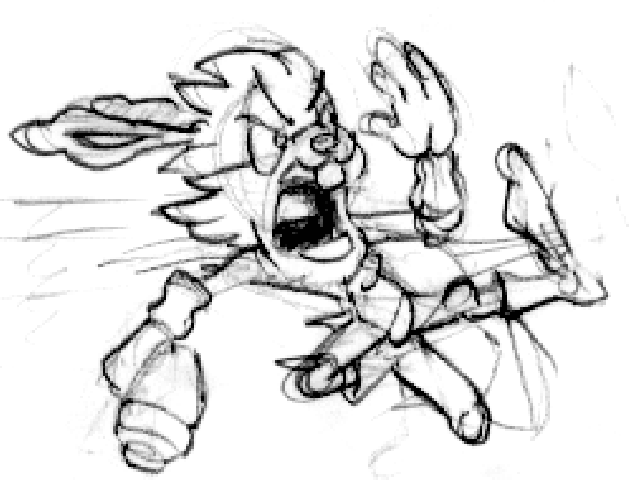 holy shit, this is the best thing since sliced bread

and everybody knows, sliced bread is the best thing ever.

Are these pics from Nick’s sketches stack he wanted to auction on eBay? Not all originals were destroyed after all?

Quoting from the JCF post the links point to:

Some pieces of production artwork were shared a few months ago … from backup CDs belonging to someone who worked on Jazz 3; included among this stuff is some scans of artwork Nick Stadler drew for Jazz 2, with files dated October/November 1996. Since the originals no longer exist, this is the highest quality we’ll ever see for most of these. (Unless Nick has higher-res scans elsewhere?)

Ok I realize duplicate accounts aren’t smiled upon, buuuut I last logged in back in 2007 and can’t figure out how to get in. (Also I was a little douchey back then, reading through my old comments. Sorry about that.)

Anyway I absolutely had to make a comment that I very much appreciate this post. I still check this site every so often and I was absolutely thrilled to see this art, especially Eva with a gun. Even as a kid I would give her a gun in my drawings, so it’s cool to see it was considered way back when.

Keep up the good work you guys. :)

^ was your name GenX or something like that? I’m psychic. :/

thanks for sharing, everyone!