Do you wish to announce a contest? Is there important community, clan or level group news? Do you have an opinion to share? Think people should play more? You have a neat idea for a level? Share it on RabbitJournal, your #1 resource for community-created news!

You can vote on news entries to send them to the Jazz2Online front page for everyone to see. Entries with at least 5 votes and admin approval will reach the news page.

For quite some time I’ve had this XG MIDI of Tubelectric from Jazz jackrabbit 2 (or as I lazily dubbed it Tubelectric 2) and I was wondering how would it fit among the already rich Jazz jackrabbit MIDI archive. Any thoughts? And where can I upload it ?

Hi everyone, I’m from another neighborhood on the internet, the papercraft corner. I’ve just released a template for a paper model of Jazz that anyone can print and build. This seemed like the right place to share it so those who care will find it. :)

(I looked around for rules on posting, but didn’t see any, so I hope linking is ok.)

The Karel van Mander Academy (The Netherlands) released my book on the history of Guerrilla Games: https://bit.ly/gamegeschiedenis
The book starts with all the predecessors of Guerrilla Games, so there’s a huge deal about Orange Games and Jazz Jackrabbit 1/2 in the book as wel.

Missed Anniversary Bash 21? Just want more time to celebrate and chill? Well you’re in luck, because UNniversary bash 4 is starting soon – and you have the power to vote on a hand-picked selection of maps!

The start date itself coincides with the GOG re-release of Jazz2. As my final self-founded bash, lets go out with a bang!

Judge curation is in progress at the time of this newspost. Be sure to check back on the thread every now and then, or use the special #ub4_input channel at the Jazz Discord.

Ever wanted to get your fix of watching Jazz Jackrabbit 2 gameplay, but done fast with all the tech and trivia explained live? Well you have not one, but two chances…and most likely even more in the future!

For a marathon coming up very soon, there’s the main campaign to be ran at Speed Stuff 4 Charity 6, happening from the 30th of August to the 2nd of September. And there’s a bid-war whether I get to play Jazz or Lori! Check out when I run here, localised to your own timezone.

Further down the line for October, there’s Speedrun Ragnarok . I’ll be running Lori episodes 1-4, and a brand-new Spaz Tool-assisted-speedrun as a donation incentive. Currently the schedule is only in the average american timezone, but localised times will be added near the beginning of the marathon.

As always – time schedules may shift so be sure to keep an eye on them.

If you want to know all the marathons Jazz gets featured in the future, keep check of this thread – more than just the main campaign!

Joel, a pretty well known streamer from Vinesauce, played (and had a blast with) Jazz Jackrabbit 2 Shareware Version during his Shareware Madness stream. It’s worth mentioning that he really enjoyed playing the shareware levels and intends to play the full version of the game during one of his Hardcore Friday streams.
(He also played Jazz 3D for like 3 minutes at [1:06:28] if you want to check that out.)

So you’re probably thinking “What the heck is Shots Fired?” Well, it’s a semi-annual speedrunning marathon which exclusively features shooting games of all kinds. And not one – but two Jazz games are featured to appear!

There will be Jazz 1, All episodes + bonus levels with turbo run by SimonN on 7:33pm UTC+1, Saturday the 14th.

And also a Jazz 2 Spaz race of the original campaign between BinaryBlob and Dominator101, (the top two runners) on 9:03pm UTC+1, Saturday the 14th.

The marathon itself is running on the 10th-15th of July. Check out its full timetable here, and here for the marathon stream.

DISCLAIMER: Times are announced at the time of creating this post, and may become delayed. Keep rechecking the timetable (which automatically adjusts according to your own timezone) if you want to catch them live.

In other less but somewhat related news, BinaryBlob just smashed a new World Record in this classic category! 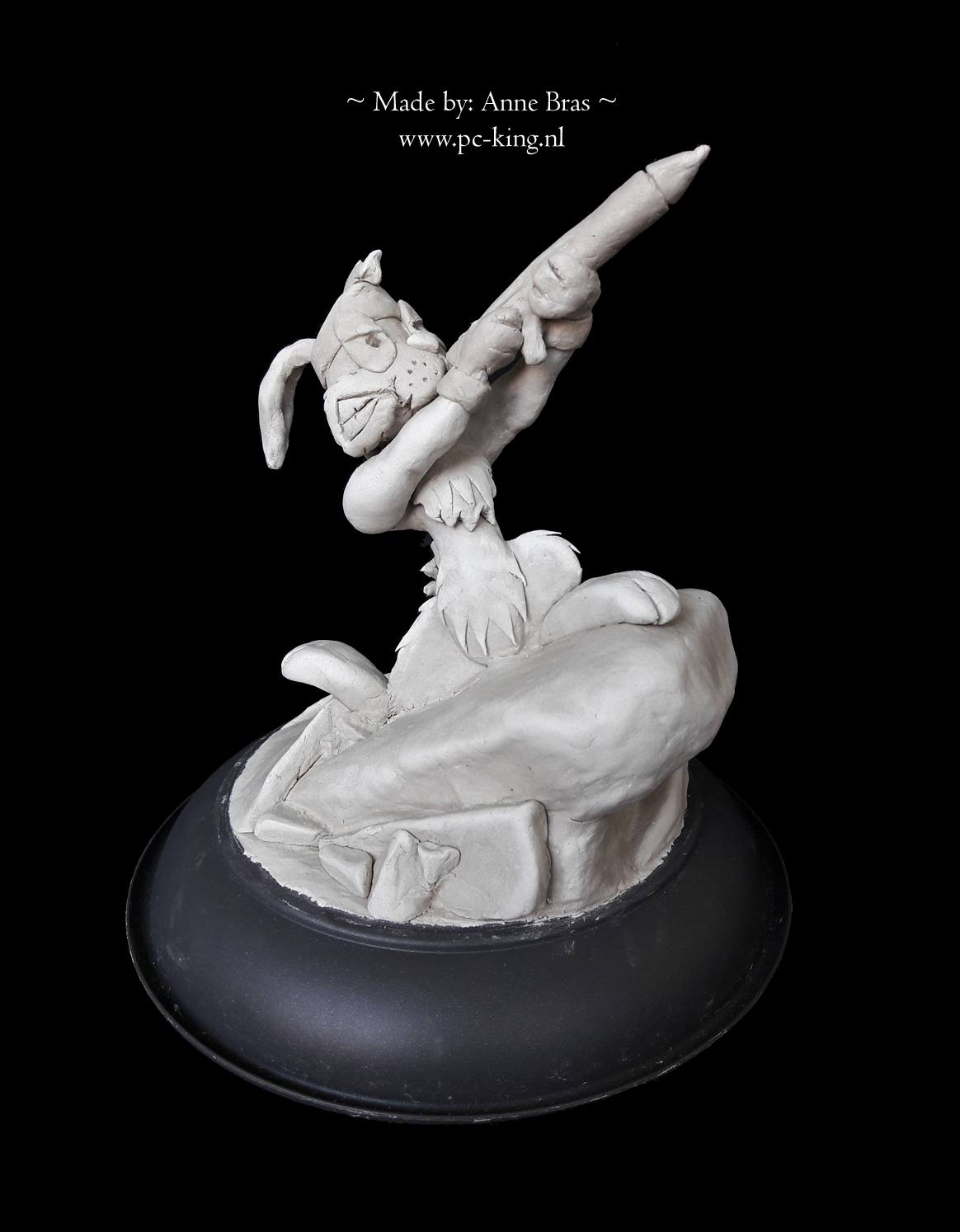 I was really afraid that I would screw up the face since a lot can go wrong there, but I’m actually quite happy with the result.

I’m not sure if I should paint it or not. We’ll see. Eventually it will join the rest of my Jazz Jackrabbit collection in the museum.

After asking Tim Sweeney from Epic Games on Twitter if we ever could see a release of a Jazz Jackrabbit title on Steam or GoG. He refered me to their community manager Stacey Conley (aka Flak). She replied “I just might have something up my sleeve. Stay tuned.”

I guess she has something in her sleeve and we should wait for it.