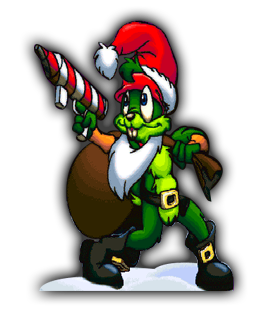 Aaaaaand it’s that time of the year again! The Jazz2Online staff wishes you all a (slightly belated) merry christmas and a spectacular new year. Enjoy the last bits of 2016!

Santa visted Carrotus early this year and look what he left in our Christmas stockings, a new JJ2+ release!!

Lots of bugfixes and behind-the-scenes improvements this time, as well as some new features:

…and more! As always, check the changelog for the full list of updates, report bugs in the JCF thread and download the latest version here.